REDEMPTOR have announced a new album!. Titled Agonia, this will be the supergroup’s fourth full-length album and the successor to 2017’s Arthaneum. Made up of ex and current members of DECAPITATED, VADER, HATE, and SEPITC among others, the Polish death metal group will deliver their new album in early December, via Selfmadegod Records.
DOWNLOAD ALBUM HERE:- https://www.hasitmusic.com/download-redemptor-agonia-album-zip/ 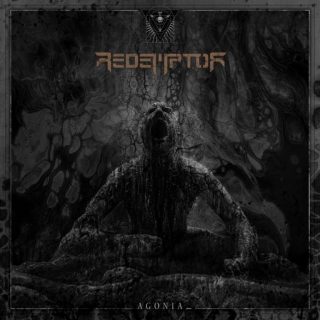 Composed of nine tracks, Agonia was recorded, mixed, and mastered at Zed Studios by Tomasz Zalewski who’s produced the likes of DEPCAPITATED, KAT, and DEIVOS. Speaking about the album, guitarist Daniel Kesler says, “working on Agonia, we’ve been entirely focused on creating an overwhelming, dark atmosphere. It expresses fear, anguish, and despair. In the flood of strange and bleak arrangements the peculiarity floats inertly towards the abyss.”
To whet fans’ appetites, REDEMPTOR have released a new music video for the first song lifted from the upcoming album, Potion Of The Skies. Talking further about the single, Kesler explains “Potion Of The Skies is an intense piece, at the same time showing the more structured face of REDEMPTOR‘s music, a showcase of the sound of Agonia, which is why it is the first one we want to share it.”
Agonia is set for release on December 3rd via Selfmadegod Records. Pre-orders will be available soon.